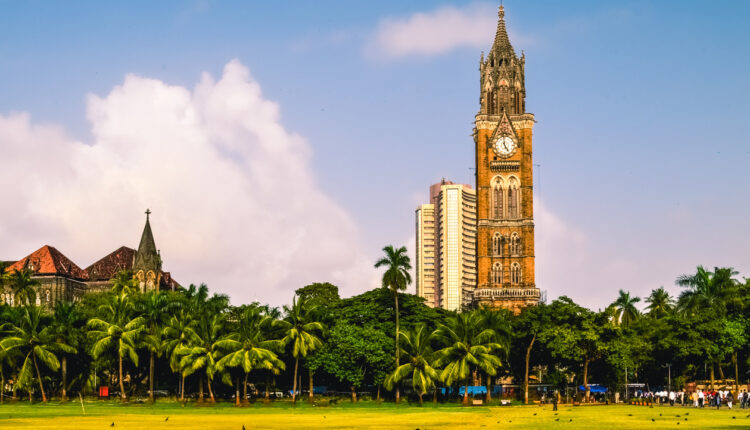 Mumbai, the financial capital of India is a popular tourist destination and offers a variety of food, textiles, and jewellery. The city displays a combination of tradition, religions, cuisines, music, and fine arts besides housing some of the best UNESCO heritage sites of the world. Do not forget to visit these sites once your Delhi to Mumbai flight lands and you have time to explore the city.

Mumbai houses several heritage structures and historical precincts that include buildings, archaeological sites, colonial and industrial sites, public spaces that were built in the British era.  Some of the prominent ones that should form an essential part of your Mumbai tour itinerary are:

Highly recommended for Mumbai visitors is the city’s pride, the Chhatrapati Shivaji Terminus, or CST. Established in 1887, this main train station in Mumbai and Western India was built over ten years. Designed by the British architect FW Stevens, the CST is an amalgamation of the ideas of the Gothic culture with the Indian architectural tradition. Initially called the Victoria Terminus, the station was built to commemorate Queen Victoria’s golden jubilee.

A perfect example of Victorian Gothic architecture, the station was partly inspired by the Pancras railway station in London. Do not miss the beautiful domes, arches, statues, and turrets that form an integral part of the CST. Other attractions at this iconic building are the 3D stone carvings of local species of animals, flora, and fauna, arched tympana, portrait roundels of human faces, and the stone mesh works on the decorated rose windows. Do try to view this beautiful building after sunset and enjoy the lighting effects.

A recent addition to Mumbai’s list of World Heritage sites is the Victorian Gothic and Art Deco Ensembles. Located in the Fort area of downtown Mumbai, this includes a total of 94 beautiful buildings that date from the 19th and the 20th Centuries. A legacy of the British colonial period, these buildings include the Bombay High Court, the University of Mumbai, the City Civil and Sessions building, and several residential buildings around the famous Oval Maidan cricket grounds. Standing tall these buildings are not only impressive but an integral part of modern Mumbai.

Located on an island amid the Mumbai Harbour, the Elephanta Caves can be reached by a short boat ride from Mumbai’s iconic Gateway of India. This UNESCO World Heritage site includes five man-made caves that have been dug directly into the side of the mountain and are dedicated to Lord Shiva. Showcasing many stories of Shiva through carvings, the main cave is roughly square-shaped and houses a six-meter tall relief sculpture of a three-headed Shiva, the Trimurti. This beautiful rock statue reflects the three facets of Shiva- Brahma the creator, Vishnu the protector, and Aghora the destroyer. The Elephanta Island housing these caves is dotted with several ancient archaeological remains that point towards its rich cultural heritage.

You can cover the Victorian Gothic and Art Deco structures and the CST in one day but will require a full day for exploring the Elephanta caves.  So, plan your schedule accordingly and then book your Mumbai to Delhi flight tickets.

It’s Time To Create a New Chapter In Your Life.

Volunteer Abroad: How to Prepare For Your Trip

Your Magnificent Trip to Greece and Hotels to Stay In